Genesis 12 and 13: A Lesson in Trust, Faith, Obedience and a Promise from God

Imagine suddenly hearing a voice, or having an overwhelming desire to move. That is, pack up and pick up your family, possessions and go elsewhere. Somewhere you’ve never been before. That sort of happened to me the summer of 2004 after 2 hurricanes hit the area of Florida where I lived, within 2 weeks of each other. As I looked out my window at 2 huge oak trees that fell barely missing my building, I said to myself, “There’s got to be a better place to live!”

I started thinking, and eventually came up with Arizona. No earthquakes, tornadoes, and no hurricanes. Did God lead me here? I think so. I sold or gave away my furnishings, shipped my clothing and books and packed my 2 cats in my Kia hatchback and headed west. I’ve been here for 16 years and I don’t regret it. Looking back, I see the hand of God through everything.

Yes, I was a bit anxious, but I put my life in God’s hands. I had faith. I trusted Him. Was it a “calling”? No, it was more asking His guidance. Starting this blog and podcast, now, that was a calling. It’s God using the talents, expertise and education that’s He’s provided to further His Kingdom — to help spread the Good News.

In today’s chapters in Genesis we meet Abram who gets a calling from God. He literally hears the voice of God. Abram’s from the lineage of Shem, Noah’s good son. God here also makes a covenant with Abram. A covenant that’s still holds true for the Nation of Israel. Let’s dig in…

The Lord had said to Abram, “Leave your native country, your relatives, and your father’s family, and go to the land that I will show you. 2 I will make you into a great nation. I will bless you and make you famous, and you will be a blessing to others. 3 I will bless those who bless you and curse those who treat you with contempt. All the families on earth will be blessed through you.”

God tells Abram that He will make Him famous. Contrast this to the folks in Babel who tried to make a name for themselves. They didn’t succeed. God didn’t like it. God wants us to depend on Him. To trust Him. To have faith in Him.

The blessing in verse 3 is a promise that God made and still holds true till today. Unfortunately, world leaders and many people don’t take it seriously. God keeps His promises.

4 So Abram departed as the Lord had instructed, and Lot went with him. Abram was seventy-five years old when he left Haran. 5 He took his wife, Sarai, his nephew Lot, and all his wealth—his livestock and all the people he had taken into his household at Haran—and headed for the land of Canaan. When they arrived in Canaan, 6 Abram traveled through the land as far as Shechem. There he set up camp beside the oak of Moreh. At that time, the area was inhabited by Canaanites.

7 Then the Lord appeared to Abram and said, “I will give this land to your descendants.” And Abram built an altar there and dedicated it to the Lord, who had appeared to him. 8 After that, Abram traveled south and set up camp in the hill country, with Bethel to the west and Ai to the east. There he built another altar and dedicated it to the Lord, and he worshiped the Lord. 9 Then Abram continued traveling south by stages toward the Negev.

Who Were the Canaanites?

Remember Noah’s son Ham, whom he cursed? Canaan was one of his sons. Back in Genesis 3, after Adam and Eve disobeyed God’s one simple rule, God cursed Satan saying, there will be enmity or hostility between his seed and the seed of Eve.

Right away, Adam and Eve have two kids: Cain and Abel (4:1-2a). Abel is faithful and his offerings are accepted by God. Cain, on the other hand, is wicked and his offerings are not accepted. So, in jealousy and anger, Cain murders his brother Abel (4:8). Here we have the two seeds: one holy and one wicked. But this time, in the first physical death recorded in the Bible, the seed of the serpent crushes the seed of Eve. It seems like God’s promise is going in reverse.

We saw how that changed with the birth of Seth, then Noah. Going on…

Abram and Sarai in Egypt

10 At that time a severe famine struck the land of Canaan, forcing Abram to go down to Egypt, where he lived as a foreigner. 11 As he was approaching the border of Egypt, Abram said to his wife, Sarai, “Look, you are a very beautiful woman. 12 When the Egyptians see you, they will say, ‘This is his wife. Let’s kill him; then we can have her!’ 13 So please tell them you are my sister. Then they will spare my life and treat me well because of their interest in you.”

14 And sure enough, when Abram arrived in Egypt, everyone noticed Sarai’s beauty. 15 When the palace officials saw her, they sang her praises to Pharaoh, their king, and Sarai was taken into his palace. 16 Then Pharaoh gave Abram many gifts because of her—sheep, goats, cattle, male and female donkeys, male and female servants, and camels.

17 But the Lord sent terrible plagues upon Pharaoh and his household because of Sarai, Abram’s wife. 18 So Pharaoh summoned Abram and accused him sharply. “What have you done to me?” he demanded. “Why didn’t you tell me she was your wife? 19 Why did you say, ‘She is my sister,’ and allow me to take her as my wife? Now then, here is your wife. Take her and get out of here!” 20 Pharaoh ordered some of his men to escort them, and he sent Abram out of the country, along with his wife and all his possessions.

For a while there, Abram’s faith faltered. He should have trusted that God would protect him. A promise is a promise. If God tells you that you’re going to have descendants, then you will. God will make sure that you’re around to have at least one child.

So Abram left Egypt and traveled north into the Negev, along with his wife and Lot and all that they owned. 2 (Abram was very rich in livestock, silver, and gold.) 3 From the Negev, they continued traveling by stages toward Bethel, and they pitched their tents between Bethel and Ai, where they had camped before. 4 This was the same place where Abram had built the altar, and there he worshiped the Lord again.

5 Lot (his nephew), who was traveling with Abram, had also become very wealthy with flocks of sheep and goats, herds of cattle, and many tents. 6 But the land could not support both Abram and Lot with all their flocks and herds living so close together. 7 So disputes broke out between the herdsmen of Abram and Lot. (At that time Canaanites and Perizzites were also living in the land.)

10 Lot took a long look at the fertile plains of the Jordan Valley in the direction of Zoar. The whole area was well watered everywhere, like the garden of the Lord or the beautiful land of Egypt. (This was before the Lord destroyed Sodom and Gomorrah.) 11 Lot chose for himself the whole Jordan Valley to the east of them. He went there with his flocks and servants and parted company with his uncle Abram. 12 So Abram settled in the land of Canaan, and Lot moved his tents to a place near Sodom and settled among the cities of the plain. 13 But the people of this area were extremely wicked and constantly sinned against the Lord. (bad seed)

14 After Lot had gone, the Lord said to Abram, “Look as far as you can see in every direction—north and south, east and west. 15 I am giving all this land, as far as you can see, to you and your descendants as a permanent possession. 16 And I will give you so many descendants that, like the dust of the earth, they cannot be counted! 17 Go and walk through the land in every direction, for I am giving it to you.”

18 So Abram moved his camp to Hebron and settled near the oak grove belonging to Mamre. There he built another altar to the Lord.

Jesus’ Promise to Us

Jesus made a promise to us…

14 And the Good News about the Kingdom will be preached throughout the whole world, so that all nations will hear it; and then the end will come.

Then I saw a new heaven and a new earth, for the old heaven and the old earth had disappeared. And the sea was also gone. 2 And I saw the holy city, the new Jerusalem, coming down from God out of heaven like a bride beautifully dressed for her husband.

3 I heard a loud shout from the throne, saying, “Look, God’s home is now among his people! He will live with them, and they will be his people. God himself will be with them.

This promise is for born again believers ONLY! How do you become a believer?

Why Should Christians Support Israel?

With Amir Tsarfati of Behold Israel

What is Anti-Semitism and where and when did it start? 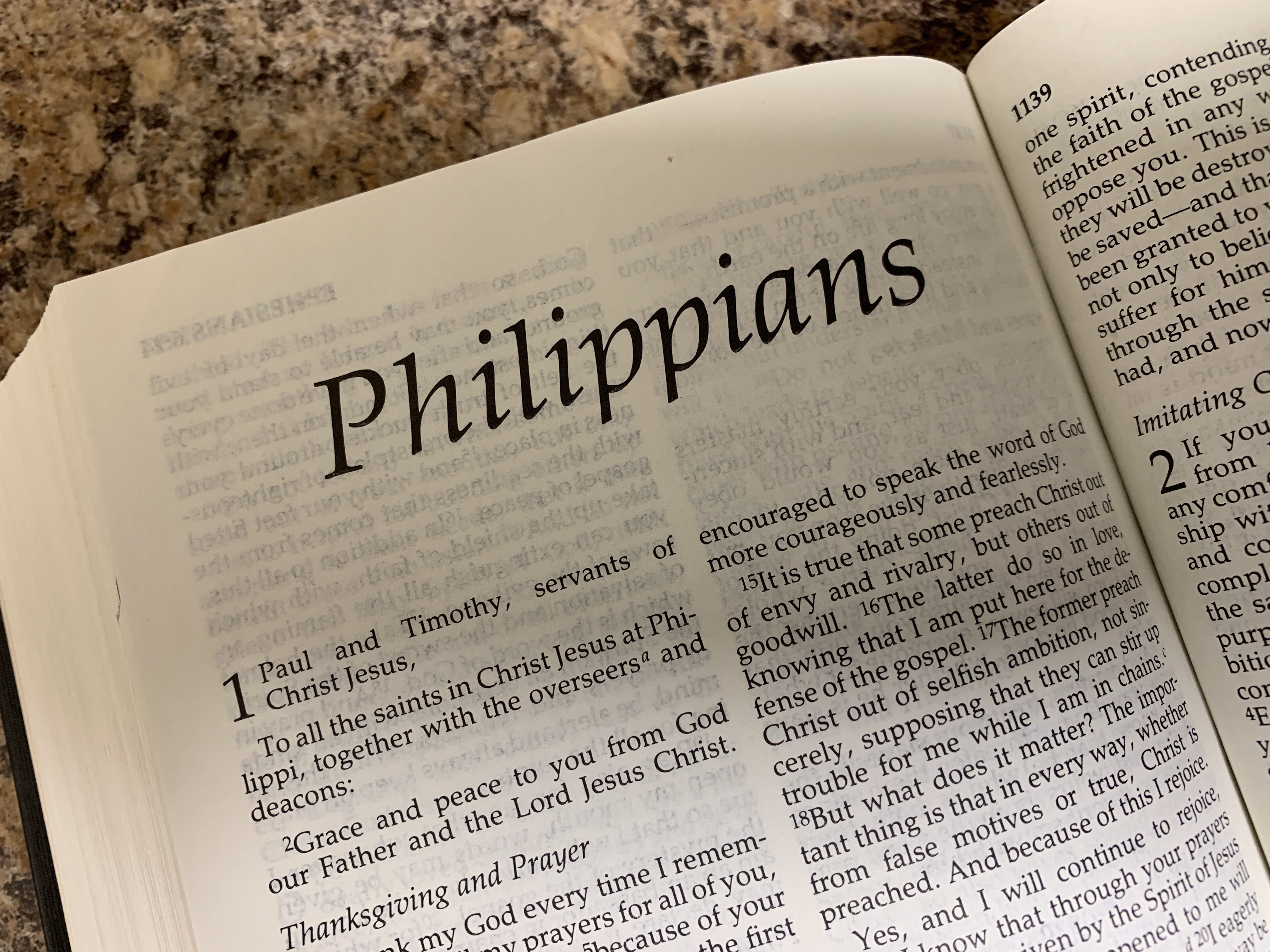